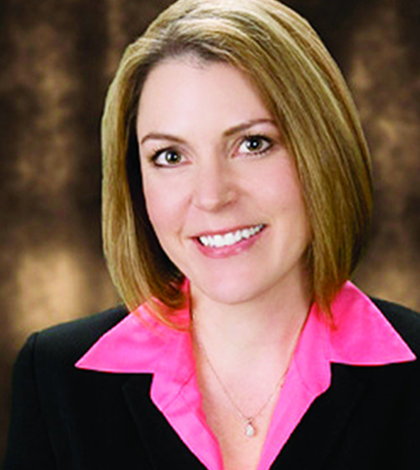 When it comes to leadership development, a focus on women is all the rage.

As an executive coach working with senior leaders in Fortune 500 companies, I have seen a noticeable uptick in the interest in developing female leaders. Companies are boasting about their efforts to attract and retain women, and we see more and more female-centric lists popping up: the most powerful women, spotlights on up-and-coming women, and companies where women want to work.

Employee networking groups for women have also sprung up like wildflowers, and with them came websites, blogs, and special programs, all of them heralding the efforts being made to bring more women into leadership.

With all this hoopla, surely women are making great strides in the business world. Or are they?

Behind the veneer of enthusiasm, the numbers of women in the top leadership positions at most companies remain largely the same. In America’s top companies, only 4.6% of Fortune 500 CEO positions and 16.9% of corporate board positions are currently held by women–numbers that have barely moved in a decade.

Mentoring programs and recruitment efforts notwithstanding, the real status of women in corporate America reflects the status quo at best. With such a track record, even the most well-intentioned corporate leaders risk inviting the cynical perspective that what they really want is a way to pretty up their image–to show off their efforts with women without really making a change.

Presumably, some companies really do want to balance their leadership teams with greater diversity. Here’s how they can get started:

1. Start And End With The Numbers

This isn’t about quotas; it’s about data.

Companies with a poor track record of advancing women have logically been hesitant to reveal the truth about their (lack of) diversity. Companies that want to take advantage of the significant benefits of a balanced leadership team need to get the facts and track their progress: How many women are actually being advanced as a result of their leadership development and recruitment efforts? How is the face of the company changing year over year?

CEOs who would never stand for stagnant profits need to stop standing for a stagnant population of their leadership roles.

An online forum for women does not make a balanced company. Leadership development programs that ostensibly prepare women for leadership roles without ever putting them into those roles merely raise the self-image of the companies that offer them–not the women themselves.

In sponsorship programs, the sponsors of women must take action to open doors for women. In employee networking groups, women must have opportunities to network with powerful leaders who can help them advance–not just other women or lower level leaders with good ideas but little influence.

3. Include Men In Women’s Leadership

Recently at a leadership development program being kicked off by a large international company, the program’s sponsor proudly welcomed the women and engaged the participants in a sincere dialogue about the company’s desire to help women succeed. A woman in the front row raised her hand and asked, “I think it’s great our company is helping women to advance themselves. What are the efforts being made to include the men who hold leadership and management positions, so that they will also help to advance women?” Many companies wouldn’t have an answer.

The effect of programs to advance and retain women that aren’t backed by action amount to little more than the revving of an engine, with the parking break firmly engaged.

Having worked with many executives from wide-ranging companies–on Wall Street and in Silicon Valley, from Times Square to the Las Vegas strip–I can say with confidence that many company leaders spearheading efforts to advance and retain women are intentional and sincere.

Results indicate that these steps will be worth the effort. Companies with more women in leadership have been shown to outperform their competition by more than a third. A strong representation of women leads to improved organizational health, global competitive advantage, responsiveness to stakeholders, and a better public image.

Perhaps instead of glorifying the efforts of companies trying to showcase their programs for women–the beauty contest approach to public relations–we should be spotlighting the companies that truly make a change.

Companies that don’t risk becoming dinosaurs in the eyes of their customers, who expect corporate leadership to step into the times. If companies don’t hold themselves accountable, the public will, as talented women choose to work elsewhere and consumers choose to work with companies that reflect a diverse and changing world. A focus on results will ensure companies’ efforts to promote women are not just a trend, but a transformation.

—Joelle K. Jay, Ph. D., is an executive coach specializing in leadership development. She strategizes with business leaders to enhance their performance and maximize business results. Her clients include presidents, vice presidents, and C-level executives in Fortune 500 companies such as Microsoft, Google, and Adobe. She is the author of The Inner Edge: The 10 Practices of Personal Leadership. For a free summary, go to www.TheInnerEdge.com or email Info@TheInnerEdge.com.