The talent businesses really need (and HR software might not deliver) 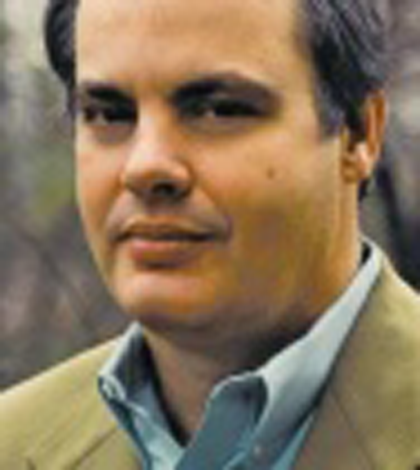 Summary: Change has become so frequent that businesses need a more adaptable worker/executive. But are employers and the HR solutions they use up to the task?

I’ve given a number of webinars, presentations, etc., lately regarding the resurgent war for talent. Some of the main points I hammer in include:

What’s going on is a recovering economy that needs workers while employers are finding fewer and fewer qualified folks available to fill the growing number of vacancies. This is all the more ironic given that many of the firms that are squawking the loudest may be companies that did so little to develop the talent they already have.

If you’ve never bought an issue of the Harvard Business Review, you should now. In the June 2014 issue, there’s an article titled “21st Century Talent Spotting” by Claudio Fernándex-Aráoz.

Claudio’s piece is an absolute must-read as he captures the key change firms must embrace regarding talent today: “potential now trumps brains, experience and “competencies.”

He’s correct on this.

Business today is downright chaotic compared to a decade ago. People that you hire today for a specific role may be obsolete, unnecessary or unqualified for the role that the business needs them to do in just a few months. Change is altering businesses at a clip faster than ever.

It is this velocity of change that shows the folly of hiring people with an experience set exactly aligned with a current role/responsibility set. Great consultancies have known that today’s “hot” trend (e.g., business process reengineering) will be passé in short order.

Eons ago, when I was with Accenture (nee Andersen Consulting), I asked a senior partner in the firm why we hired so many engineers. His response was that the company wanted smart, trainable people who are used to solving problems. He went on to add that if the company wanted them to repair jet aircraft engines, all they’d need to do is get them the required training and presto — instant mechanics.

Granted he was being dramatic to make his point — but — the point was that the company hired people with a specific underlying background and not overly precise skill sets (e.g., SAP ABAP programming skills). They knew that a hot technology or management consulting concept is only hot for a while and then gets supplanted with something else. If the people had those underlying capabilities, the firm could provide them specific training when the market demanded it.

Great firms, today, must hire with an eye for those specific underlying background attributes and not just the ability to do today’s needed tasks. If you do the former, you create a workforce that can adapt with the company. If you hire the latter, your workforce will quickly become obsolete.

Training and pipeline development must re-enter the domain of the corporation. Businesses must own the responsibility to develop their own talent. And, they must first find the kinds of workers who can be just as adaptive as the corporation.

In the HBR article, Claudio makes a compelling case that “potential” trumps all else. He first contrasts the concepts of high potential versus high performer. The distinction is critical as the latter identifies people who have proven their worth in a given role/task. The former identifies people with the potential to succeed in the future.

Like mutual fund advertising (i.e., past performance is no guarantee of future returns), a high performer who has lived much of their career in one plant and in one to two roles may not be very adaptive to change. In contrast, a person with a proclivity to change, learning, intellectual curiosity and other attributes may be perfect for a firm that is undergoing a lot of change.

A couple of years ago, an industrial psychologist and I assisted a large manufacturer in their effort to move away from an independent, disconnected amalgam of manufacturing plants around the world to one, standardized, integrated manufacturing juggernaut. The business reasons for doing so were centered on the need to achieve greater economies of scale regarding R&D, manufacturing costs and more.  But there was a big problem with this: the people in their firm.

This manufacturer had hired people for decades based on their geographic proximity to the plant where they would work. It turns out that when the business for their products changed, they didn’t have employees who knew anything about manufacturing practices in other parts of the firm.

Their people didn’t want (nor had they ever expressed interest in) expatriate assignments. Their leadership pipeline, such as it was, was full of local people who weren’t global executives. In fact, their leaders were a product of a local business mindset and were, for the most part, wholly incapable of helping the company change and change to be more market relevant.

That manufacturer had just come to the realization that they had an entire firm full of employees who were no longer relevant. Worse, the company had never taken any steps to develop a real leadership pipeline. The only pipeline they had was for someone to advance a slot or two within the plant that originally hired them. Their lack of foresight will cost them for years and years.

If change is really coming at your industry and your firm, you probably need to rethink how and who you hire. People who work with technology see the changes hitting their profession daily but it’s not always as noticeable in other professions. And yet, even professions that seem timeless (e.g., auditing) are being transformed by technology, regulation and more.

The velocity of business and business change has been accelerating for decades but most of us are more comfortable looking at things in a more certain, unchanging light. Unfortunately, that just won’t work anymore.

Now, if we could just get all of the HR/Recruiting/Talent Management software vendors to change their solutions’ foci. Many of these products were designed for an era when companies hired for a specific set of skills or demonstrated experience.  These software solutions helped employers screen resumes for specific keywords that were tied to specific skills (e.g., proficient in SQL Server). These software products were never designed to find individuals who are “adaptable.”

I’ll argue that most HR technology is designed to actually punish the adaptable people as the tools are almost inviting users to game the results so that a high skill match (to keywords/buzzwords) is possible. How does a resume parser determine if someone really is adaptable? It can’t.

Yes, many of the older HR tools are irrelevant. They belong to a bygone era in business when firms faced very slow change and mistook succession planning for leadership development.

Leadership development is very different today and the stakes have never been higher. Businesses have less and less time to wait for a person to grow into a role. They need fast learners. Businesses are frequently changing and adapting their strategies. They need people who can quickly see the new big picture, assess newer threats and develop strategies that facilitate growth in spite of daunting change.

Bottom line: your firm probably needs a different kind of leadership team so that it can survive and prosper. And, your firm needs to start developing the next several levels of future leaders as the retirements of boomers will leave big gaps in its organization.

Where’s your firm in this phenomena?

If you can’t get the HBR magazine, look for HBR reprint R1406B