The Roots of Becoming a More Effective Leader 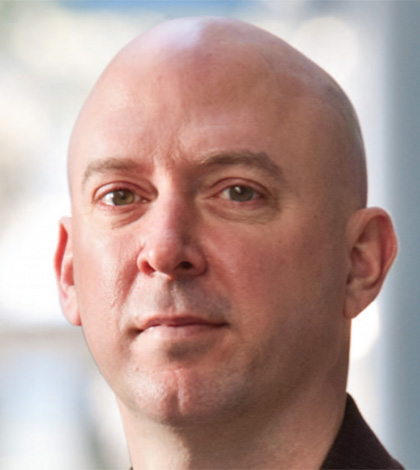 29 Jan The Roots of Becoming a More Effective Leader 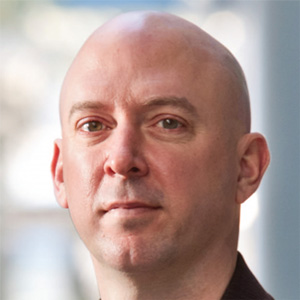 If I had my way, any face-to-face leadership development program on the planet would first start with the facilitator showing a picture of General Sherman.

No, not General William Tecumseh Sherman – military strategist and General of the Union Army during the United States Civil War in 1861 through 1865 – rather the giant sequoia (Sequoiadendron giganteum) tree located in the Giant Forest of Sequoia National Park in Tulare County, California.

General Sherman (the tree) is a perfect metaphor for the three key levels of leadership I believe need to be considered for today’s leaders who occupy the management ranks. We’ll return to this metaphor in a minute.

But first, let’s look at a few data points. The Conference Board and Development Dimensions International (DDI) recently released their Global Leadership Forecast 2014/2015 and as usual, there are several nuggets that suggest we’ve still got a long way to go as it relates to improved leadership in our organizations.

Of the more than 13,000 business leaders who were surveyed across the globe, only 27 percent indicated they felt “very prepared” to tackle what they collectively believed to be the number one issue today: human capital challenges.

Interestingly, when those business leaders were asked how they intend to improve the human capital challenges that were in their midst, four of the top ten strategies focused on leadership including:

As the folks from The Conference Board and DDI wrote: “CEOs know their organizations cannot retain highly engaged, high-performing employees without effective leaders who can manage, coach, develop, and inspire their multigenerational, globally dispersed, and tech-savvy teams.”

To summarize the research, only a quarter of all leaders feel they’re capable of tackling the most pressing issue in today’s organizations … people. Not only is that alarming, those same leaders agree there is a significant amount of leadership development to be had if their number one concern is ever to be addressed. It’s not as though some innate dose of magic is going to suddenly appear turning ineffective leaders into superstars.

As Warren Bennis once wrote,

“The most dangerous leadership myth is that leaders are born-that there is a genetic factor to leadership. That’s nonsense; in fact, the opposite is true. Leaders are made rather than born.”

Now, let’s return to the metaphor of General Sherman, and for that matter any tree.

What if a leadership model – and specifically the leadership behaviors and attributes that make up an engaged, effective and transparent leader – were to use the makeup of a tree as the basis for leadership itself? What if the three main components of a tree were to be used to help address the concerns that leaders surfaced in The Conference Board and DDI research?

The three key parts to any tree are:

I truly believe the aforementioned three parts of a tree can help us demarcate and define leadership attributes that address both the employee engagement crisis that dogs organizations AND the issues as outlined by The Conference Board and DDI from above. The roots are the ‘becoming’ attributes, the trunk can be thought of as the ‘being’ attributes, and the branches and foliage are the ‘going beyond’ attributes.

The alignment to leadership attributes and behaviors looks like this:

Let’s first dig a little deeper into the ground and investigate the roots of the tree, the ‘becoming’ attributes.

The roots ensure stability, growth and harmony in the forest. The roots act as the nutrient system for the trunk as well as for the branches and foliage. From a leadership perspective, without the roots there is no chance for growth, innovation, productivity or improved results. Without the roots there would be no tree. The becoming attributes are behaviors that set the tone for leaders to behave like an engaged and connected leader, in touch with the employees, organization, customers and community.

Think of A.G. Lafley, CEO and President at Proctor & Gamble. He has instilled a leadership behavior ethos at P&G that ensures the roots feed the rest of the ecosystem. For example, in his book, The Game Changer: How Every Leader Can Drive Everyday Innovation, he writes: “the willingness of all people at P&G is to be psychologically open and to seriously consider new ideas, whatever the source, thus building a truly open, truly global innovation network that can link up—and be first in line—with the most interesting thinkers and the best products to “reapply with pride.”

Far too many leaders (and the accompanying leadership attributes and behaviors) immediately jump to the executing stage or the ‘do more with less’ mantra. It’s this sort of short-termism thinking – time and time again – that prevents the leaves from ever blossoming on a tree.

The ‘becoming’ attributes should be implemented in your organization before leaders can even begin thinking about tackling the key issues identified in The Conference Board and DDI research. They are non-negotiable yet harmonious attributes that ensure a top-down, command-and-control leadership style isn’t utilized as the default way in which to lead. (Which is often the case in today’s hierarchically driven organizations)

The five behaviors and attributes I believe that make up the roots of the tree (the becoming attributes) are as follows:

Each of the five attributes that make up the roots of the tree can be further defined as follows:

Trusting: Whether a bouquet or a brickbat, whether a high or a low, whether a peak or a valley, whether a success or a mistake, the leader must create an environment that ensures all members of the team (direct or indirect) feel safe not just to do their jobs, but also to break free of them. The members must feel as though they can trust their leader to discuss any part of any process or scenario. The leader must portray herself such that anyone can approach her to ask a question no matter the time and no matter the problem. The act of trusting is table stakes for any leader.

Involving: If a situation arises where leaders need to involve employees in a decision or a discussion or a deliberation, and the default behavior of the employee is to avoid eye contact, pretend they’re not paying attention, lie about their level of busyness or flat out ignore the request, what does that say about the state of leadership within the organization? To involve is to be inclusive and invite others into a part (or all of) the process leading up to and including action. In the organization, involving is calculated social inclusion. Jack Welch his “breakfast with Jack” opportunities and they were legendary across General Electric as it provided both the employees and Jack an opportunity to learn from one another. That is the attribute of involving perfectly defined.

Empathizing: If as a leader you have the capacity to put yourself in the shoes of others and understand what those individuals are going through in any given situation, you are exhibiting empathy. Sadly, this one of the five becoming attributes is often the most overlooked, misunderstood and little used. If more leaders were to empathize with their team members, the workplace would be a much happier place. In 2007, the Center for Creative Leadership (CCL) published a report analyzing data from 6,371 managers in thirty-eight countries. CCL finds that “empathy is positively related to job performance. Managers who show more empathy toward direct reports are viewed as better performers in their job by their bosses.”

Developing: In a study conducted by IBM in 2010 with 700 global chief human resource officers (CHROs), researchers find the single most critical issue facing organizations in the future is their ability to develop future leaders. At its core, the developing connected leadership attribute is about recognizing the talent that exists within your team. What are the strengths in your individuals and your team? It is also the ability to assess the talent delta gap in individuals and the team, to ensure you are proactively plugging the capability holes. How you as a leader are successfully adjudicating your talent level and taking the necessary steps to develop your people is a critical piece. To be a developing leader, one must be thinking continuously about opportunities for improving the team in whatever shape or form.

Communicating: To be a communicating leader, we should remind ourselves of Gene Kranz the flight commander at NASA for decades until his eventual retirement in 1994. He was smart enough to listen, to display compassion and to emote while being brash enough to persuade, to be clear and to clarify. Too many leadership books predicate the behavior of communicating on being open, transparent, clear and consistent. While these traits are critically important when being communicative, a leader must also be persuasive, emotional, direct and a true listener. Throughout those decades at NASA, Kranz utilized a style that was both blunt and compassionate. He serves as an excellent example of a leader who fully understood the attribute of communicating.

Let’s hope facilitators in leadership development programs start showing a picture of General Sherman on the morning of Day One, acting as a metaphor for improved leadership attributes and behavior. Let’s also hope the C-Suite begins recognizing leadership can be thought of as a tree. If a leader is ‘becoming’, ‘being’ and ‘going beyond’ I’ve no doubt the numbers surfaced by The Conference Board and Development Dimensions International will steadily increase.

Postscript: Visit the trunk of the tree (the ‘being’ leadership attributes) and the branches and foliage (the ‘going beyond’ attributes) to complete our metaphor. If you enjoyed this, feel free to let me know on Twitter (@dpontefract) or visit www.danpontefract.com