How a Bathtub-Shaped Graph Helped a Company Avoid Disaster 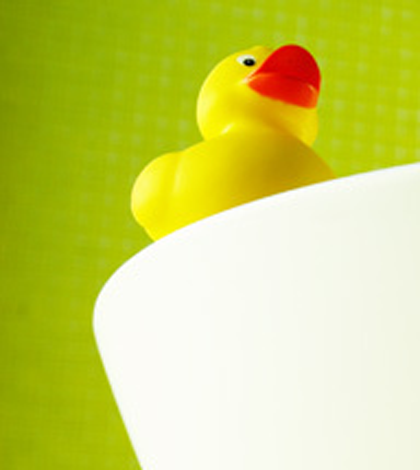 Caught up in administrative activities such as managing employee records and planning company picnics, human resources departments can too easily lose sight of their primary function: Making sure the organization has the needed human capital to implement its strategy.

Not even the best company picnic in the world, with a zip line and gourmet hot dogs, can compensative for an HR department’s failure to help the company put people with the right skills into the right jobs at the right time.

But successfully managing human capital requires quantitative and analytic skills that tend to be scarce among HR professionals, especially those who continue to see themselves as essentially administrative rather than as strategic partners. Today, HR managers need to be attuned to the value of data and need to know how to use it to help them fulfill their obligations to their companies.

We’re not talking about Big Data. We’re talking about small data—ordinary, prosaic data of the type companies have been accumulating for years and that is increasingly accessible, both internally and from external sources. Nor are we talking about the typical human-resources metrics, which evaluate how efficiently the HR department is performing its administrative tasks. We’re talking about data that can show what lies ahead for the company and inform workforce planning.

Consider, for example, the bathtub.

A few years ago, a global tech company had recently been cutting costs and so wasn’t disposed to do a lot of hiring, but an analysis of its data showed that it was heading for trouble. The key numbers included the ages, experience, and skills of its engineers, as well as employees’ expected departure dates as they retired or left for other reasons.

One of the results was a visualization that showed the number of engineers as a function of years of service. It was U-shaped. It looked like a cross-section of a bathtub. It signified that there were lots of newbies and lots of highly skilled employees with a good deal of experience behind them—and not too many in between. In addition, attrition in the early-career professional ranks was significantly higher than that for longer-service employees.

The graph, and other data, pointed out a serious problem that the company hadn’t been aware of: It had a dire need to recruit more engineers to meet both existing and future commitments to customers.

The company then looked at external data, such as the overall decline in the number of engineering graduates and the 10-year projected shortfall of engineers in the workforce, and saw that it was facing a significant problem. As a result, the company stepped up its recruitment, and ended up hiring about 10,000 engineers per year.

Other types of data have similar strategic value. Evaluating turnover by unit or job function, for example, not only contributes to an understanding of what your future staffing needs will be, it also can alert you to problems: Is there a managerial issue? A compensation issue? More fundamentally, will the company be able to compete in 10 years?

And speaking of compensation, the proliferation of wage data today makes it possible for companies—and workers—to compare wages across employers. When salary information was harder to come by, companies mainly focused on the internal labor market—are employees who have the same experience and are doing similar jobs being paid similar wages? Now there’s more focus on how companies’ salary structures stack up against competitors’. The strategic value of this data relates to the company’s positioning: Does it want to lead the market by offering better wages, or does it want to match the market? If there’s a scarcity of candidates, the company might be better off trying to lead the market.

HR is no longer limited to being transaction-oriented, as it once was. It certainly isn’t the “dark bureaucratic force that blindly enforces nonsensical rules, resists creativity, and impedes constructive change.” But in many companies, it hasn’t yet fulfilled its vast potential as a key driver of business performance. Part of the reason is that many HR professionals aren’t well trained to understand the value of the data that their function generates or to know which metrics and forms of data analysis should be used in support of the business’s strategy. Hidden in those numbers are insights such as whether the labor force’s skills match the company’s strategic plans, whether employee-development plans are effective, and whether virtual teams are really working. (For guidance in selecting and applying HR metrics, see this article.)

It’s only by mining those insights that HR can be sure its efforts at workforce planning, recruiting, selection, placement, training and development, compensation, and other core human-resource functions are helping the company move in the right direction.