Cure Your Company’s Allergy to Change 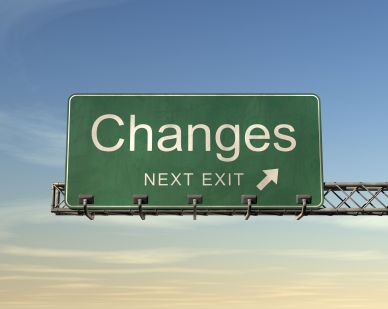 Many organizations suffer from a tragic pattern: The chief executive officer launches a new change program with great fanfare and intentions, only to shelve it a few years later with little to show for great expenditures of time and consulting fees. How can you break this cycle?

Consider a health insurance company that has been struggling with change programs gone haywire for quite some time. A few years ago, the chief operating officer launched a customer quality initiative to improve six core processes and assigned executives to “own” each process. But in the budgeting process, the initiative got little funding. Only a few of the six processes were assigned staff, and each claimed credit for the work of colleagues. The initiative fizzled.

But this wasn’t the only improvement initiative to peter out in the company. The CEO recently drove a cultural change program, and did so earnestly. He appointed vice presidents to run teams to recommend process changes. At several off-sites, they talked about culture, and people spoke their minds. After four months of meetings, the VPs surfaced even more issues. For example, employees wanted more transparency and say in project prioritization. But the CEO and his deputies heard things they didn’t want to hear, so they pulled the plug. None of the recommendations were implemented, and there were no results for the significant time invested.

This company has demonstrated a repeated pattern of 3- to 5-year cycles where it launches a change program, takes awhile for managers to get behind it, and then more time to get it funded. A program gets funded for a year but then everyone loses interest, and it gets defunded and dies. Recently they’re failing faster; the three- to five-year cycle is moving to two to three years. But they’re not failing fast to learn. They’re just failing more. It’s definitely not a learning organization.

How do companies get trapped in such tragic change cycles? The health insurer’s bugaboos speak volumes.

Just about everyone in the company agrees the culture is dysfunctional, with various layers to the problems. Some point to politics in the C-Suite, especially to competition between the COO and CFO. They blocked each other’s progress. If the COO launched a large, cross-functional improvement program, the CFO would underfund it. Another problem lay with the CEO, who had a way of questioning and stress-testing people that discouraged risk-taking. The result: a “play it safe” mentality.

The company has very polite and gracious people who like to follow rules, value process over results and contracts over trust. They often depend on consultants to take the lead in proposing major process change. Executives also want quick wins, so they scope projects to be done in a year. Most change programs at the company need multiple years to complete. As a consequence, by the time a program extends beyond the first year, executives move onto the “new initiative.”

A fourth problem was narrow scope for a change program: Anything outside a department or function required the CEO’s seal of approval; otherwise it couldn’t get anyone else’s attention. In such a hard-siloed organization, no one has an end-to-end view of any process.

Lack of ambition was a fifth problem. When confronted by problems, directors say, “I need to protect my department. I don’t want to do extra work.” Finally, they liked to report rosy numbers. For example, customers reported that the website performance was poor, but the internal department was using numbers that showed everything was okay.

Are there some countermeasures that can break a tragic change cycle like this?

Have you seen organizations break a tragic change cycle?

Brad Power has consulted and conducted research on business process innovation for the last 30 years. His latest research focuses on how top management creates breakthrough business models through process innovation, building on work with the Lean Enterprise Institute and Hammer and Company.