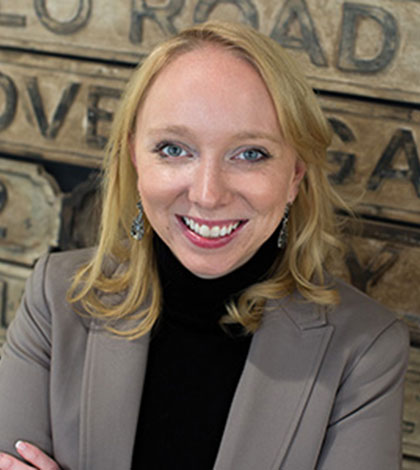 “All of the people decisions are supported by data – we want to bring the same rigor to people analysis as engineering.”

That was the message from Aimee O’Malley, learning and development business partner at Google UK to an audience of HR professionals at the CIPD annual conference earlier this month.

Not the kind of statement you’d expect from your average organization, let alone someone from the learning and development function, but then Google is about as far away from average as you can get. Like the rest of the business, HR – or people operations to give its Google name – is run along very different lines from HR in most firms.

This data obsession is one of the key ways Google stands apart.

Deloitte’s 2014 Human Capital Trends survey found 86% of companies did not have any analytics capabilities in HR, while 67% were ‘weak’ at using HR data to predict workforce performance and improvement.

So, while most HR departments are puzzling over how best to apply analytics to simple operational reporting, Google is applying people analytics to everything it does as a matter of course.

In the cafeteria, for example, data analytics have helped people operations work out the optimum queue length – queues should ideally be long enough to enable an opportunity for those useful ‘water cooler’ exchanges with co-workers but short enough to avoid frayed tempers.

Analytics have also been used to determine the effect of plate size on how much food is eaten, whether color-coding healthy and unhealthy snacks in clear or opaque containers impacts which are more likely to chosen.

At the other end of the data scale, the gDNA project is the mother of all engagement surveys: a 100-year longitudinal study with 4,000 Googlers (as the organization calls its employees), which aims to further the understanding of work, including the effect of the work-life balance. Twice a year, it asks these people a combination of questions about their attitudes to work.

“We ask about traits that are static, like personality; characteristics that change, like attitudes about culture, work projects, and co-workers; and how Googlers fit into the web of relationships around all of us. We then consider how all these factors interact, as well as with biographical characteristics like tenure, role and performance.”

From that smorgasbord of data, the analytics team will hopefully be able to answer some of the big questions about work, as O’Malley explains:

“We’re trying ideally to answer questions about work – what makes a productive team, what are the qualities of a leader. But we’re only two years into it, so we have no idea what we will come out.”

Interesting data is already beginning to emerge. Google has identified two groups of people: the ‘segmentors’ (31%), who are able to switch off at the end of the day when they leave work and the ‘integrators’ (69%), who are always switched on and thinking about work. Interestingly, most integrators want to be segmentors. Given that data, O’Malley says:

“If we can identify where they fall on that spectrum, can we structure work to help them?”

These results are already been applied in the company. In the Dublin office, Googlers have to leave their work phones, laptops, tablets and other work devices in the office at the end of the day, in a bid to help these integrators learn to switch off. It seems to working well, but it’s early days, points out O’Malley, and the people operations team are not sure how it will play out.

Taking risks and trying new things in this way is another of the key elements of the Google culture. As Steph Fastre, Google UK learning and development specialist, explains: “We want people to experiment and to fail well and learn.”

An example of this in action was the idea to get rid of managers from the organization. After all, half the employees were engineers, used to working independently, and Google specialized in hiring self-motivating, go-getting individuals, so what use were managers?

The experiment quickly failed. O’Malley explains: “We found out that managers do make a difference and actually were the single most important factor in determining an employee’s happiness.”

Google immediately set out to work to find out why it failed. Digging deeper into the data gathered from performance appraisals and employee surveys, as well as qualitative sources, the Project Oxygen team came up with eight traits of good managers.

Starting with the most important quality, an effective Google manager:

Everyone is managed against these eight traits and then given the opportunity to receive training in one of those areas. But again, Google’s approach is different from the typical attitude to training. People self-select their courses – for giving people the freedom and trusting them to do the right thing is another core Google belief.

Of course, this idea is backed by data. A year ago Google asked itself what it truly knew about Google learners, beyond their obvious technical abilities. There were many gaps, as Fastre points out: “We actually don’t know a lot about how they approach change and how self-aware they are and how much they value learning and development. You have to know when do people want to learn: are they proactive about it or pushed by managers?”

The resulting data challenged many of the learning and development team’s assumptions about learners. It has learned, for instance, that when people need to know something, they don’t turn to the LMS [learning management system], they ask another person.

No surprise then that 86% of Google’s courses are run by fellow Googlers. The training team aims to act as curators not trainers –it would be impossible to keep up abreast of all developments, when they are changing weekly. Fastre says: “Innovation and change is clunky. We’re using the data we get, we experiment, we take risks. Our head of learning and development says we don’t want to be the bottlenecks we want to be the catalyst.”

Google is doing things with data and people analytics that are totally pie in the sky for most HR departments who are still struggling to use analytics for basic operational reporting. Its obsession with data on the one hand and freedom, risk taking and experimentation on the other, make it a company unlike any other.

Janine Milne has been studying HCM, talent management and training for more than 20 years, both as a freelancer and in-house editor. She has written extensively on topics that include leadership, psychometric testing, mentoring, creating an effective team, managing international project teams and e-learning.