Investors Are Backing A Recruiting Revolution 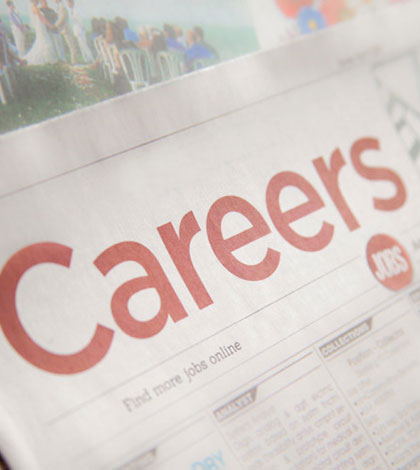 Editor’s Note: Christine Magee is an editor for CrunchBase.

Hiring is going high tech thanks to a crop of new venture investments.

Recruiting can be a nightmare for companies of all stages and sizes – it’s a time suck for current employees, often a shot in the dark in terms of candidate search and interview logistics, and if done haphazardly it can really screw up a company.

It’s an issue that has spawned a new class of startups tackling a variety of recruiting obstacles. With over $400 million raised in 120 venture rounds this year, investors are finally directing their attention and cash toward one of the largest pain points for any company – hiring.

As companies like Hired, Jibe and ZipRecruiter secured sizable rounds in the past few quarters, total capital committed this year has already surpassed 2013’s total of $275 million by a long shot.

“I think what’s happening right now is the realization that bringing top talent is critical to the success of every company, and the competition for talent is fiercer than ever. So there’s a lot of focus on how to gain a competitive advantage,” says Ben Ling of Khosla Ventures, backer of recruiting tech companies like HackerRank and Lever.

Ling is on the board of Pymetrics, a relatively new startup in the hiring tech space that is leveraging neuroscience to help companies source, assess, and internally staff in a better way.

Pymetrics co-founders Frida Polli and Julie Yoo met in a post-doc program at MIT, and built the company around 12 brain imaging games that they applied to differentiating job seekers. Launched in September, Pymetrics counts over 30k active users and has an active presence on over 60 college campuses. Students can play the 12 games and receive free access to insights about what careers they are best suited to, and Pymetrics connects suitable matches to companies with open positions.

“These are big, long-term trends,” says Daniel Chait, founder of recruiting optimization platform Greenhouse Software. “People have way more jobs than they ever used to. When our grandparents got their first job it was most likely their last job, but these days people have 7, 8, 9 jobs throughout their lives and it’s very much about finding something great, learning from it and moving on.”

Chait, who began his career as a programmer, founded Greenhouse three years ago as a solution to his own hiring frustrations at his last startup.

“We needed to hire talent and I took it on as my responsibility,” Chait says, “so not really knowing any better I did what an engineer would do and set up a system – and over time I realized you really need to tune and optimize the system if you’re going to be competitive.”

Greenhouse secured early adopters like Airbnb, Uber and Pinterest, all fast-growing tech companies looking for a competitive edge in talent acquisition. With over $11 million in venture dollars raised, Greenhouse is quickly becoming the platform of choice for a wide span of companies, integrating with other HR tech startups like HackerRank, HireVue, and Entelo to provide managers with the latest innovation in hiring tech.

“When we were trying to raise our first angel round three years ago there wasn’t a lot of excitement around HR and hiring – there was this kind of reflexive ‘ew HR’ reaction from investors,” says Chait.

But this is changing. “HR software has been kind of like the step-child of the family – it doesn’t get a lot of the budget or support,” says Venky Ganesan of Menlo Ventures, “but the realization has come that human capital is the most important capital you have.”

Menlo Ventures led a Series B round in June for Gild, a San Francisco-based startup that has raised over $25 million to apply analytics and machine learning to the recruiting process.

“The old HR software is forms and workflow – it isn’t smart. All of the applicant tracking systems in the market today are out of date the moment that an applicant takes an interview,” Ganesan notes. Launching “the first intelligent hiring platform” next month, Gild has already seen phenomenal adoption, which according to Ganesan is because there’s been so much frustration in the market with the existing toolsets.

While various job posting and resume platforms like LinkedIn or Glassdoor collect massive amounts of data on employers and potential recruits, the data is not being fully utilized to inform the hiring process.

“Most decisions companies make around recruiting are made in an information vacuum,” says Chait, “they don’t know what the best way is to advertise their job, what a good number of applicants is for an opening, how many interviews they should hold, how long each one should take, how large of a recruiting team they should have…” and the list goes on.

Despite the growing number of successfully venture-backed startups in the recruiting tech space, there is still plenty of room for improvement.

“It’s an incredibly imperfect experience,” says Pymetrics’ Polli, “it’s like travel agencies before Kayak – so inefficient and suboptimal for everyone – and we think there’s a ton of room for innovation.”