Big Data Is Changing the Game for Recruiters 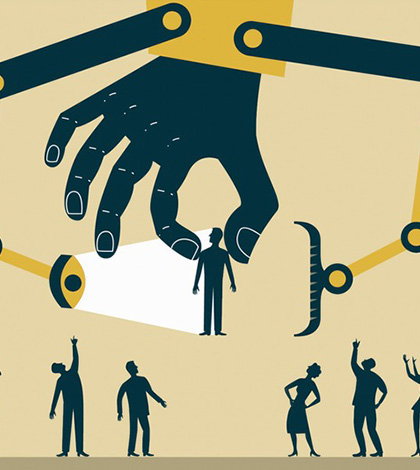 20 Jun Big Data Is Changing the Game for Recruiters

There is a human-resources future out there — one in which online resume databases, social media profiles, records of employment, and even scanned business cards and job applications come together to identify the best prospect in a crowd.

It is a future driven by big data — a powerful analytical approach that is simultaneously changing the way recruitment happens and re-emphasizing that it is the recruiter, not the talent, who is at the core of the process.

The future of recruiting

“Big data is the future of recruiting, but you can’t just data mine your way to the right candidate,” says Ali Behnam, cofounder and managing partner of Riviera Partners. “You need the right tools, the right combination of external and internal variables and — most importantly — the right people who know how to analyze all of it.”

This approach to recruiting — also referred to as people analytics — is not only fueling businesses’ search for the best candidates, but also delivering a healthy dose of entrepreneurial energy to HR. Firms such as Riviera Partners, Gild, TalentBin and others are providing companies with products designed to draw closely aligned candidates from the big-data well. All of this is part of what Gartner Research predicts will be a $232 billion big-data industry by 2016.

A recent whitepaper published by eQuest points out that for human resources in particular, big data marks an “historic opportunity” to make the “most rigorously evidence-based human-capital decisions ever.”

It’s not only experts who align on big data’s role in recruiting; there’s plenty of evidence from recent use cases.

For example, Xerox recently cut the attrition rate at its call centers by 20% by using big-data tools to staff its 48,700-person department. And, in a single six-month trial period, Xerox was so impressed by the outcome that it decided to keep using big data to hire new employees for the center going forward.

Those are quantifiable results. And companies, along with the recruitment firms that advise them, are taking notice. But how does all of this work? The answers lie, in large part, within the very information that HR already encounters daily.

Before the advent of big data in hiring, recruiters had their work cut out for them — even moreso than today. “Newbie recruiters were sent to a closet of filing cabinets where we mined paper files to gather contacts for our call lists,” says Catherine Reynolds, owner of OnBoard Recruitment Advisers, in a post on Simplicity 2.0. She adds that, today, this is no longer the case. “Instead of mining data in the closet, we have open access to information through sites such as LinkedIn.”

Reynolds hints at the spectrum data-gathering can span — one that includes the following approaches:

Once this material is in hand, algorithms go to work. The optimal result is an array of information sorted into patterns and matches, all thanks to keywords and scores that narrow the initial candidate pool to individuals who demonstrate a proclivity and background suitable to the open positions.

Of course, all of this takes some expertise. It’s not just about masses of data, crunched and delivered to company HR. It is also about parsing the results and interpreting what the algorithms produce. The human element is still deeply involved in the machine learning process and recruiting.

Telling the story: Big data and the human factor

Human-resources experts say they are excited by the prospects of people analytics, but they’re also cautioning companies not to let the technology run away with the process. Many still count on the recruiter’s ability to bring a strong hire home.

“It’s a man-plus-machine approach to big data,” said Benham. “Aggregating the most valuable of these sets and then meshing them with intelligence from our team and extended network.”Recruiting is — at its core — storytelling, says Reynolds. And while she says she embraces big data’s advancing role in candidate searches, she adds that it sometimes takes a recruiter’s call to fully engage a candidate in an opportunity.

Whatever it takes to tell the story, make the connection and put the best candidate in the right seat at a company, big data is surfacing talent that conventional hiring networks might miss. And the evidence tells us that when it does its job correctly, employees stay longer, work happier and ultimately help a business recoup the cost of hiring and training faster and more assuredly.

That’s a big-data future that both companies and candidates can embrace.

Have something to add to this story? Share it in the comments.