A new era of talent management 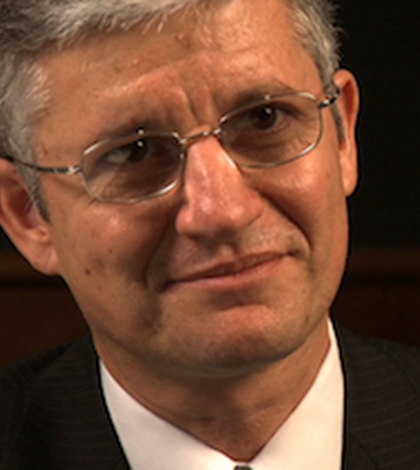 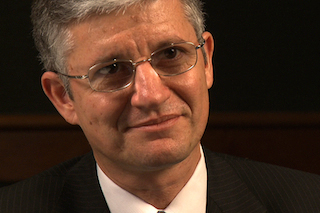 Past experience is no longer the only indicator of future potential. Flexibility is the key to executive recruitment and talent management

Several years ago, I worked with Harvard Business School and my Egon Zehnder colleagues to gauge how three factors – globalisation, demographics and leadership pipelines, which I label the ‘other GDP’ – were affecting the demand for talent in large organisations. We considered 47 companies, spanning all major sectors and geographies, and the results were striking: in spite of their large employee bases and strong balance sheets, all were about to face a significant shortage of qualified managers. And, eight years later, new survey and research data shows that the situation for these types of firms has grown even more dire.

Globalisation compels companies to reach beyond their home markets for recruitment. The companies we studied in 2006 expected to increase their developing market revenues by 88% through 2012, and that trend has picked up ever since. The International Monetary Fund and others predict that 70% of the world’s growth will come from emerging regions between now and 2016. Meanwhile, firms based in those areas are themselves expanding and vying for talent.

The impact of demographics on hiring pools is also clear. The sweet spot for rising senior executives is the 35- to 44-year-old age bracket, but the percentage of people in that range is shrinking dramatically.

In 2006, we calculated that a projected 30% decline in the ranks of young leaders, combined with anticipated business growth, would cut in half the pool of senior leader candidates in that critical age range. Whereas a decade ago this was affecting mostly the US and Europe, by 2020 many other large economies, including Russia, Canada, South Korea and China, will have more people at retirement age than entering the workforce.

The third phenomenon is related, but much less well known: companies are not properly developing their pipelines of future leaders.

The failings we found in our earlier study persist. A 2014 PwC survey of CEOs in 68 countries found that 63% were concerned about the future availability of key skills at all levels. In recent interviews with 823 executives, Egon Zehnder found only 22% consider their pipelines promising, while only 19% said they find it easy to attract the best talent.

Last May, I asked 1,173 Harvard Business Review webinar participants to carefully consider each of these three ‘GDP’ factors and rate how each might contribute to talent scarcity in their organisations on a scale from irrelevant to crucial.

Globalisation was at least a substantial concern for 62%, demographics for 75%, and pipelines for a huge 84% of respondents.

A challenge or opportunity?

Taken independently, each of these factors would create unprecedented demand for the right talent in the right place over the next decade. Cross-border business has never escalated more quickly; the imbalance between old and young has never been so dramatic; and views on the pipelines and development of qualified successors have never been more negative. Combine them and you get a war for talent that presents huge challenges for most organisations.

Or – for those firms equipped with the right hiring, retention and development strategies – it presents a huge opportunity.

But what are the right strategies? In my view, the most important thing organisations can do is shift their hiring criteria and focus on potential rather than competency fit. In fact, I am convinced that the severe talent drought we’ll soon face, coupled with the uncertain and complex conditions of today’s business world, will lead to the dawn of a new era of talent management.

Past eras of talent management

The first era of people decisions lasted millennia. For thousands of years, humans made their choices about each other based on physical strength. If you wanted to erect a pyramid, dig a canal, fight a war, harvest a crop – even partner with someone to raise a family – you chose the fittest, healthiest and strongest person you could find. These attributes were easy to assess and, despite their growing irrelevance, we still unconsciously look for them; Fortune 500 CEOs are on average 2.5 inches taller than the median American height, and the statistics on military leaders and country presidents are similar.

The second era of people decisions emphasised intelligence, experience and performance. By the early 20th century, IQ – verbal, analytical, mathematical and logical cleverness – had justifiably become an important factor in the selection process (particularly for white collar roles), with educational pedigrees (if not tests) used as a proxy for measuring it.

Much labour also became standardised and professionalised. Workers, such as engineers and accountants, could be certified with reliability and transparency and, since most jobs were relatively similar, we all thought past performance was the best predictor of future output. If you were looking for an engineer or accountant, a lawyer or designer, even a CEO, you would scout out and interview the best, most experienced engineers, accountants, lawyers, designers or CEOs.

I joined the executive search profession in the 1980s, at the start of the third era of people decisions, which was driven by the competency movement still prevalent today. David McClelland’s 1973 paper Testing for Competence Rather Than for ‘Intelligence’ proposed that workers, and especially managers, be evaluated on specific characteristics or skills proven to differentiate typical from outstanding performance.

The time was right for such thinking because technological evolution and industry convergence had made jobs more complex and unique, often rendering experience and performance in previous positions irrelevant. So instead, we started sectioning work into competencies and looking for candidates with the right combination of intelligence, skills and other attributes to match. For leadership roles, research also began to show the importance of emotional intelligence, over IQ.

An era of potential

Now we’re on the cusp of a fourth era, which will favour potential – our ability to grow and adapt to fundamentally different and increasingly complex responsibilities – above all else. Markets, industries, organisations and jobs are changing so quickly and dramatically that it’s impossible to tell which competencies managers will need to succeed in a few years’ time.

Therefore, potential becomes exceedingly important, even at the top. Companies need to find the executives who are best able to develop new knowledge and skills to suit constantly evolving circumstances.

The problem is that most firms are ill-prepared to do this. Each year, as part of Harvard Business School’s Driving Performance Through Talent Management programme, I teach a class of senior executives from around the world, most of them CHROs, some general managers, all from great organisations. However, in surveying them, I’ve found that 70% don’t use a robust model for measuring potential in their companies, while 80% confess that they lack proper assessment training. How can you possibly spot your high potentials when you don’t know what to look for and how to properly measure it?

In the early 1990s, as the founding leader of Egon Zehnder’s management appraisal practice, I started testing and formalising a robust model for assessing potential, which my global colleagues have continued to develop and perfect over the years. Our accuracy rate (that is, the correlation between our potential rating of an executive and his or her performance) is 85%.

We believe potential has five key components. The first is the right kind of motivation: a fierce commitment to excel in the pursuit of unselfish goals. High potentials want to leave their mark, but they also aspire to big, collective goals, show deep personal humility and invest in getting better at everything they do.

We then consider four other qualities: an insatiable curiosity that propels them to explore new avenues and ideas; keen insight that allows them to see connections where others don’t; a high level engagement with their work and the people around them; and the determination to overcome setbacks and obstacles.

This doesn’t mean forgetting about factors like intelligence, experience, performance and specific competencies – particularly the ones related to leadership – but potential should now be higher on your priority list.

Senior HR leaders need to look for these qualities not only in the people they might hire but also in the talent they already have. As the other GDP factors cause talent to grow scarcer, an organisation’s first imperative should be to reliably identify, retain, motivate and develop those with the potential to succeed in the future.

Though it’s tempting to base retention strategies on compensation and benefits, that’s a mistake. As Daniel Pink explained in Drive, today’s knowledge workers are motivated by three things: autonomy (the freedom to direct our lives), mastery (the desire to achieve excellence) and purpose (the knowledge that what we do is in service of something bigger than ourselves).

When it comes to development, stretch assignments are key because they help strengthen leaders’ identities, accelerate their growth, focus their career ambitions, and further enhance their motivation. As Jonathan Harvey, a top executive in the HR group of global Australian bank ANZ, puts it: “We don’t want people to be stretched beyond their limits. But we want well-rounded, values-led leaders who see the world through a wide-angle lens, and the right stretch assignments are what helps people get there. We’re constantly striving to find the optimal level of discomfort in the next role or project, because that’s where the most learning happens.”

All this advice applies not only to HR strategies for low- and middle-level managers, but to those at the very top. An organisation cannot succeed long-term without a C-suite whose potential exceeds their experience and existing competencies, allowing them to tackle unexpected challenges. Nowhere is this more important than in the CEO role. Succession planning should therefore start very early, ideally when the new leader takes charge. The same thinking applies to boards.

In this fourth era of talent management, potential should guide all of your people decisions – from the top of your organisation to the bottom.

Claudio Fernández-Aráoz is a senior adviser at global executive search firm Egon Zehnder and a former member of its global executive committee. He is the author of Great People Decisions and It’s Not the How or the What but the Who: Succeed by Surrounding Yourself with the Best